* In case of any delay in receiving the OTP, you may verify it later. Please proceed without verification.

Enter your City name or Pincode

Pharasgaon is a small town located in newly formed Kondagaon District of Chhattisgarh. The town until 2012 was part of Bastar District. Like most part of Kondagaon and Bastar District, even this small town is characterized by presence of local tribal population. The inhabitants of the town have their unique culture and lifestyle which makes it pretty distinctive one. This town is fast gearing up to emerge as an important part of Chhattisgarh state in India.
Collector & District Magistrate
kondagaon[dot]cg[at]gov[dot]in
Office of the Collector, Kondagaon - 494226
https://kondagaon.gov.in/
HELPLINE NUMBERS
Citizen's Call center - 155300
Child Helpline - 1098
Women Helpline - 1091
Crime Stopper - 1090
Commissioner of Rescue & Relief - 1070 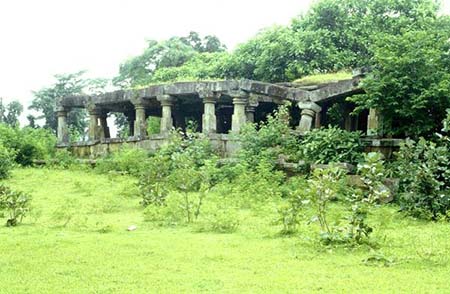 Roots of Pharasgaon town can be traced in historical evolution of Bastar region, of which it was once a part. During ancient period entire Bastar region – including Pharasgaon town – was covered by dense forest area. This dense forest area was known as Dandakaranya and find mention in both Ramayana and Mahabharata times. However, apart from name and few other details much of ancient history of Bastar and Pharasgaon’s history continues to be a great mystery. This is obviously owing to lack of authenticated manuscripts and scriptures. Founded by little known king Annama Deva, Bastar Kingdom compromised of present day Bastar District, Kondagaon District and Dantewada District. For almost four centuries Bastar and all its adjoining regions remained citadel of this kingdom. This citadel was eventually trespassed and conquered by Marathas and then by British. But until then this kingdom had made a very strong legacy, a legacy that shaped the identity of small towns like Pharasgaon as well as entire Bastar region.

Agriculture and local forest industry play a very vital role in Pharasgaon largely underdeveloped economy. They have played a critical role since time immemorial and continue to do so even today. Their immense importance stems from the fact that there is substantially less presence of alternative sectors like industrial and service sector in the region. Although tribal people of Pharasgaon are very well versed in traditional handicraft art and respectable number of them also earn decent income from it, but on a whole local handicraft business here is too unorganized to become a full fledge industry. Overall, traditional agricultural and forest industry are dominant force here. Both these sectors though are suffering from severe infrastructural deficiencies, which have invariably hindered economic growth of this town.

Owing to absence of well equipped hospitals here, people of Pharasgaon town continue to rely on hospitals of adjoining towns and other far across towns for quality medical treatment. These alternative towns mostly include adjoining towns like Jagdalpur and Kondagaon, where there are decent numbers of well equipped hospitals. Besides, Pharasgaon’s patients also flock to far across cities like Raipur and Bilaspur for medical treatment. Coming to chemist shops and clinics, then fortunately situation is not that grim on this front. Although there numbers are not really high, but the existing decent number of chemist shops and clinics are good enough for this small town.

Just as is the case with healthcare services, even transportation service here suffers from lack of robust infrastructure. For instance, Pharasgaon town has very few auto rickshaws. These few auto rickshaws are sole caretaker of local transportation of this small town, which obviously poses huge inconvenience for local commuters here. Besides, Pharasgaon town does not have a railway station of its own. The nearest railway stations are Jagdalpur and Mahasamund railway station Junctions, which is more than 100 kms away from Pharasgaon town. However, one very positive thing about connectivity is that a very important National Highway passes through this town. This is National Highway no 43, which connects Chhattisgarh state to Andhra Pradesh and Odisha states.

At present only one or two reputed banks are operating their branches here. Consider the fact that Pharasgaon is a very undeveloped economy, these unflattering numbers should not be surprising at all. Nor it is surprising to see that private money lenders and small micro finance players still wield huge market share here. Their overwhelming domination is obviously because of lack of formal banking culture in this town. And although these small players can hardly match up to scale and services of reputed banks, but nonetheless their critical role in distributing soft credit to locals here must be fully appreciated.


Safety and Security in Pharasgaon

Although in distinct past Pharasgaon town has had brush with Naxal violence, but peace and stability witnessed during past couple of years has considerably diminished shadow of Naxal violence. Thanks to this fact today local people here care freely go about their day to day lives. And anyhow there is local police station operating in the very heart of this town that duly ensures that local people here feel fully safe and secure. Besides, quite a few CRPF camps are also operating in the town to protect local people from any potential naxal attack.


Art and Culture in Pharasgaon

Since time immemorial people of Bastar and Kondagaon region have been passionately practicing traditional art of handicraft, which today is popularly known as ‘Bastar Handicraft’ across the world here. This unique handicraft is also very much prevalent in small town of Pharasgaon. In fact in one of the above paragraphs we had even mentioned about presence of sizeable handicraft industry in this town. To just prove how beautiful handicraft products of Bastar region are, we’d like to tell that handicrafts products of this region are exported in huge numbers all across India. Although owing to lack of investment this unique handicraft art hasn’t mushroomed into sustainable industry, but there is absolutely no denying that people of Pharasgaon and also people of Bastar region have an unique artistic talent.

Comments / Discussion Board - About Pharasgaon